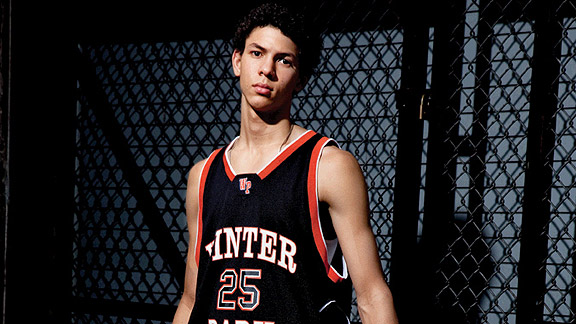 The rich get richer. Austin Rivers, the No.1 ranked recruit in the class of 2011 has committed to the defending NCAA champion Duke Blue Devils. The 6-foot-4 189-pound guard is the nation’s most sought after perimeter player, and adds depth to an already stacked Blue Devil team.

Rivers can play both backcourt positions, has NBA 3-point range and is a dazzling playmaker when he wants to be.  He also has a feel for the game that belies his age, and is an underrated defender.

The son of Boston Celtic head coach Doc Rivers, Austin picked the Blue Devils because of the rich tradition of academics and athletics at the school.